Claims that violent video games lead to aggression have been around since the days of Space Invaders. When young people are exposed to violent media, the theory goes, their aggressive thoughts become more prominent, leading them to commit acts of violence. But while several studies have found results that seem to back up this idea, the evidence is far from unequivocal.
Now a study published in Royal Society Open Science has failed to find any association between the time spent playing violent video games and aggressive behavior, adding to a growing body of literature that suggests that such a link has been overstated – or may not exist at all. 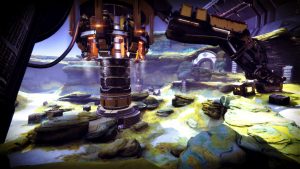 Many past studies in the field suffered from important methodological limitations, such as relying on people reporting their own levels of aggression, which opens results up to “mischievous responding”, where participants give dishonest responses just for the sake of it – a particular problem in research with young people.
Perhaps more worryingly, researchers have often taken a “flexible” approach to analysis. For example, when calculating scores that represent the level of violence in games or how aggressive an individual is, researchers have decided to use just a small subset of all the questions that they’ve asked participants, allowing them to pick and choose from their measures to produce results consistent with their theories.
In the new study, Andrew Przybylski and Netta Weinstein sought to examine the link between violent video games and aggression more rigorously, avoiding the methodological pitfalls of past work and sticking to an analysis plan they described before starting out the study.
The pair asked just over one thousand British 14- and 15-year-olds to list the games they had played in the past month, and how long they played them for. Rather than relying on the teenagers to describe whether these games were violent, the researchers checked whether or not each game contained violent content according to the European video game rating system, PEGI (of the more than 1,500 games participants listed, nearly two in three, such as Grand Theft Auto V, were rated as violent).
To measure aggression, the researchers again avoided questioning the gamers directly. Instead, they asked the teenagers’ caregivers to complete a survey on the aggressive behaviours their child had shown over the past month, such as whether they had fought or bullied other children. They also directly measured the teens’ “trait” levels of aggression, asking them the extent to which they felt that various statements characterized them (for example, “Given enough provocation, I may hit another person”). The researchers used this measure to control for baseline levels of aggression in the analysis.
Przybylski and Weinstein found that their participants played video games for two hours per day, on average, and almost 49 per cent of the girls and 68 per cent of the boys had played one or more violent games in the past month. But the amount of time they’d spent playing violent video games did not predict how aggressive they had been. These results remained the same when the researchers classified the games’ content on the American rather than European video game rating scale.
Given on-going concerns from parents and policy-makers about the potential negative consequences of violent video games, a null finding from a large, carefully designed study should offer some reassurance. Of course, there’s always the possibility that gaming could be associated with other bad behavior like bullying and trolling, and the authors say that these issues are worth further exploration. And while there are clearly benefits of having a third-party rate the teenagers’ aggression, it seems possible that some caregivers could still underplay or be unaware of their children’s aggressive behavior.
It’s also true that the new study is just the latest in a field containing many contradictory results. But it stands apart from many past papers because of its methodology. The paper was published as a Registered Report, a format in which a journal provisionally accepts a paper based on its protocol, regardless of how the results turn out. The authors show that it would have been possible – though statistically inappropriate – to fish around in their data until they had found a significant result somewhere. For example, there was a correlation between aggression and self-reported time spent playing games generally (a question that wasn’t part of the planned analysis). “If we had not preregistered our empirical approach and felt motivated to publish a positive result we might have seized on this correlation and made it the central focus of our research report,” they say.
At a time when many experts believe unsubstantiated fears surrounding technology are obscuring legitimate and more nuanced questions about the role of media in society, it is promising that researchers are grappling with these important methodological issues. As the authors write, “it is crucial that scientists conduct work with openness and rigour if we are to build a real understanding of the positive and negative dynamics and impacts of technology in people’s lives.”
Violent video game engagement is not associated with adolescents’ aggressive behavior: evidence from a registered report
Matthew Warren (@MattbWarren) is Staff Writer at BPS Research Digest
You must log in or register to reply here.
Share:
Facebook Twitter Reddit Pinterest Tumblr WhatsApp Email Share Link
Menu
Log in
Top