As someone who is qualified to administer level A and B testing I know the limits of predictive validity and the results should only be used in concert with other measures or approaches such as a work sample test. Here is an extract of an article that futher emphasises this point. 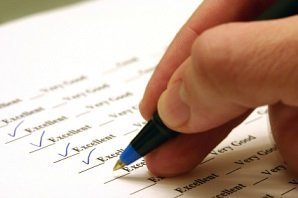 A growing number of organisations use personality testing as part of their recruitment and promotion processes. But according to a group of American psychologists, such tests may not be valid predictors of job performance. It might seem obvious that someone’s personality is a good predictor of job performance, but Frederick P. Morgeson, Professor of Management at Michigan State University, says that the relationship between the two is often highly tenuous.
In an article published in Personnel Psychology, Morgeson and colleagues John R. Hollenbeck and Neal W. Schmitt of Michigan State University, Michael A. Campion of Purdue University, Robert L. Dipboye of the University of Central Florida and Kevin Murphy of Pennsylvania State University, argue that the sort of tests used by tens of thousands of employers worldwide suffer from some serious limitations.
One obvious criticism of personality tests, especially the self-report kind, is the potential for faked answers as candidates seek to present themselves to employers in the best possible light. Despite substantial research devoted to techniques that will mitigate, or at least alleviate, the impact of faked answers, there have been no clear-cut methods developed to solve the problem, the psychologists argue.
As Robert Dipboye says, “we need to engage applicants in a more open process where we disclose what we are looking for and gain the trust of test-takers rather than playing paper-and-pencil games with them.” But the problems with personality testing run far deeper then this. According to Kevin Murphy, “as predictors of job performance, their validity is disappointingly low.”
Neal Schmitt is even more blunt. “Why are we looking at personality as a valid predictor of job performance when the validities haven’t changed in the past 20 years and are still close to zero?” Nevertheless, while this might suggest that companies ought to reconsider their use of personality measures in making important hiring decisions and key appointments, Dipboye argues that research should be aimed at improving self-reported personality tests, rather than scraping them completely.
One strategy he advocates would be to allow people to elaborate on their responses to questions rather than offering one-word ambiguous responses. Tests should also be clearly job-related and avoid ambiguous and embarrassing questions, he added.
Frederick Morgeson said that better ways to predict job performance include work samples, cognitive ability tests and structured interviews, all areas in which organizational psychology could greatly benefit human resource managers.
“Science is designed to uncover truth and can help improve the odds of making better personnel decisions,” he concluded.
Author: Brian Amble
This is a copy of this interesting post from this site: Personality tests poor predictors of performance
You must log in or register to reply here.
Share:
Facebook Twitter Reddit Pinterest Tumblr WhatsApp Email Share Link
Menu
Log in
Top